The Mount Pisgah Monument is located in a small cemetery on the route of the Mormon Trail near the town of Thayer, Iowa. The cemetery likely includes as many as 150 Latter-day Saint pioneers who lived in the temporary settlement of Mount Pisgah between 1846 and 1852. The original grave markers are long gone, but a 12-foot-high obelisk memorializes those who died at Mount Pisgah and provides the names of 63 of those interred there. Interpretive markers and a reconstructed pioneer-era log cabin can be found in an adjacent state preserve. For information about visiting the Mount Pisgah Monument, click or tap here.

Mount Pisgah was one of three temporary way stations Latter-day Saints established in central Iowa during the exodus from Nauvoo. Between 2,000 and 3,000 pioneers lived in Mount Pisgah at its height, and thousands more stopped there briefly on their way west. Although the community provided refuge and a chance for the Saints to rest and prepare for their journey further west, illness was rampant and the death rate was high. Mount Pisgah and the other settlements in central Iowa were completely abandoned in 1852, when Church leaders called Latter-day Saints still residing in the Midwest to gather to Utah. 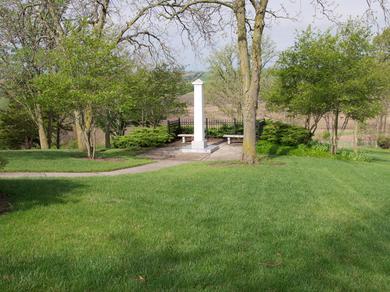 Contemplate the significance of the Mount Pisgah Cemetery. This sacred place commemorates the sacrifice and devotion of early Mormon pioneers. It also reminds us of the goodness of God, who blessed them as they journeyed to Zion. 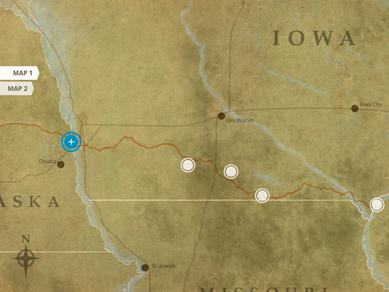 Investigate places of interest along the Mormon Trail between Nauvoo, Illinois, and Winter Quarters, Nebraska. 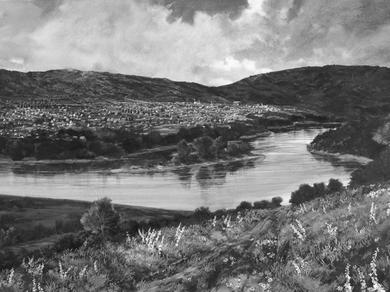 Learn about the Middle Missouri River Valley, where the Saints established Winter Quarters, Kanesville, and other temporary settlements. Gain a sense of the activity in the area before, during, and after the time the Saints lived there. 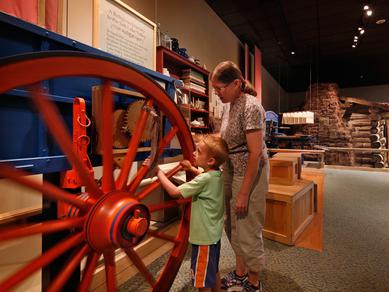 Find information that can help you plan a visit to the Mormon Trail Center at Historic Winter Quarters.