The Hamblin Home in Santa Clara, Utah, is the place where Jacob Hamblin, Southern Utah Indian Mission president, lived with his family from 1863 to 1868. Because of Hamblin’s service among the American Indians in the region, the home functioned as the headquarters for the mission. Today it is a historic site and is open for public tours. The home and furnishings have been restored to reflect their 1860s appearance. Tours of the home tell about Hamblin’s lifelong dedication to serving American Indians and about his family and their life on the frontier of southern Utah Territory. For information about visiting the Jacob Hamblin Home, click or tap here.

In 1854 Brigham Young called about two dozen men, including Jacob Hamblin, to serve in the Southern Utah Indian Mission. Initially the mission was headquartered in New Harmony, Utah, but lack of water necessitated the move to Santa Clara. While in Santa Clara, Hamblin and other missionaries worked with Paiutes in southern Utah and Nevada. Hamblin’s missionary efforts required living among the Indians. As a result, he spent most of his time away from his family. He viewed his mission as a lifelong calling. In 1869 he and his family moved to Kanab, Utah, where he continued his proselytizing efforts among the Hopi in southern Utah and Nevada and among the Navajo in Arizona.

The home provided accommodations for Hamblin’s large family. His wives Rachel Judd and Sarah Priscilla Leavitt accompanied him on his mission to southern Utah. At the time they moved into the home, the family included six children. Sarah bore three additional children while living in Santa Clara. Rachel passed away while the family lived here. Jacob married Louisa Bonelli in 1865. She bore one child while living in Santa Clara. 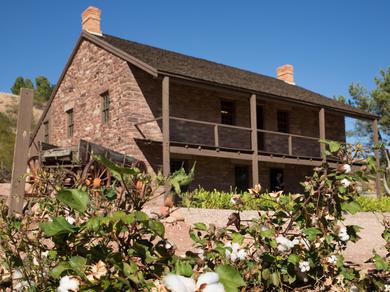 Learn about frontier discipleship in this historic pioneer home through the recollections of Priscilla, wife of Jacob Hamblin. 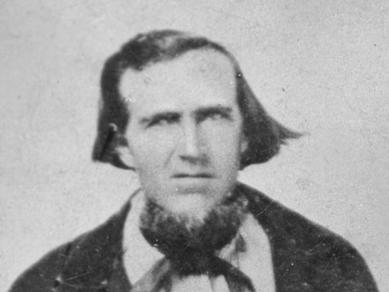 Four Things You Might Not Know about Jacob Hamblin

Discover interesting and inspiring details about Jacob Hamblin, who devoted his life to peacefully settling the American southwestern frontier. 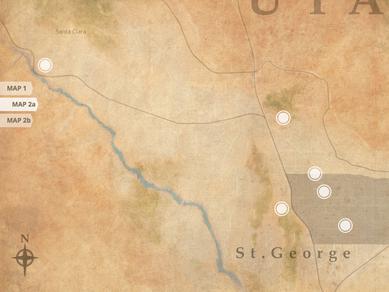 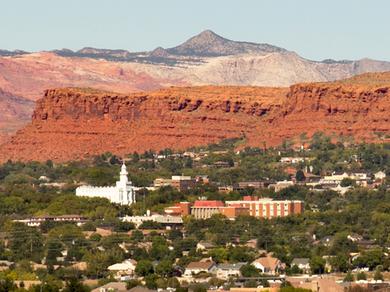 Find information that can help you plan a visit to the historic sites in southern Utah.