In response to Covid-19, Sixth Crossing will be closed to the public until further notice.
Covid 19 opening updates and visitor information.

What to Expect When You Visit the Wyoming Historic Sites

Going on a Trek?

Sixth Crossing is a historic site along the Mormon Trail located about 40 miles (64 kilometers) southeast of Lander, Wyoming. It is the place where the Willie handcart company, comprised of about 400 Latter-day Saint emigrants from the British Isles, encountered the first rescue wagons from George D. Grant’s relief party on October 21, 1856. Westbound pioneers along the Oregon-Mormon-California Trail reached the Sweetwater River at this location, a popular spot to refresh after about 16 miles (26 kilometers) with limited water, and crossed it for the sixth time. They would cross the Sweetwater three more times along the trail. Today people visit the crossing as a place of reverence, remembrance, and gratitude.  The Sixth Crossing area features a visitors’ center, 3 miles (5 kilometers) northeast of the river crossing, that recounts the journey and eventual rescue of the Willie company.  For information about planning a visit to Sixth Crossing, click or tap here.

On October 19, 1856, a severe snowstorm hit the plains of Wyoming. Despite these harsh conditions, the Willie handcart company continued to push and pull toward their sixth crossing of the frigid Sweetwater River. Two days later, the company encountered relief wagons sent from Salt Lake City, providing them with desperately needed food, clothing, and wagons. In their haggard condition, the suffering Willie company rejoiced and thanked God. But even amidst the rescue relief, a number of the company died at Sixth Crossing. The rescuers helped the survivors travel the remaining 270 miles (435 kilometers) to their destination in Salt Lake City, including the grueling Rocky Ridge to Rock Creek Hollow and the South Pass on the Continental Divide. Arriving by November 9, the surviving company members received donated provisions from local Relief Society organizations and were placed in warm homes. Today, Latter-day Saints participate in trek reenactments during summer months to remember the faith of the handcart pioneers and their rescuers. For information about organizing a trek for a family or Church group at this historic site, click or tap here. 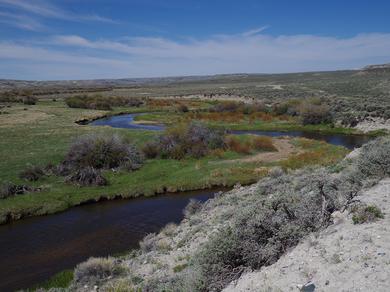 The River, the Hollow, and the Cove: Places of Gathering and Rescue

As you immerse yourself in this visually rich presentation, ponder reasons why Mormon pioneers left their homelands, traversed rugged trails, and helped those in need. 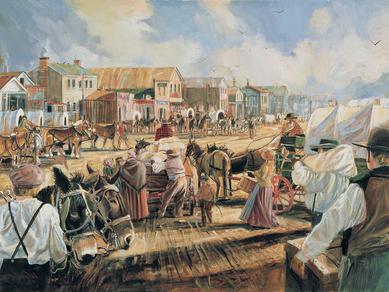 Five Things You Might Not Know about the Handcart Rescue

How much do you know about the rescue of the Willie and Martin handcart companies? Some of the information in this article might surprise you. 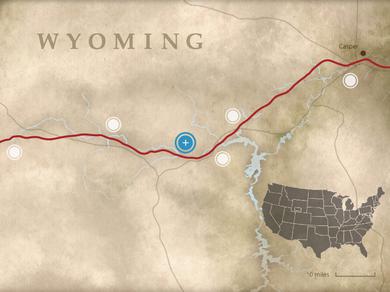 Learn about different sites in Wyoming and why they were significant for the Latter-day Saint pioneers who pushed and pulled handcarts. 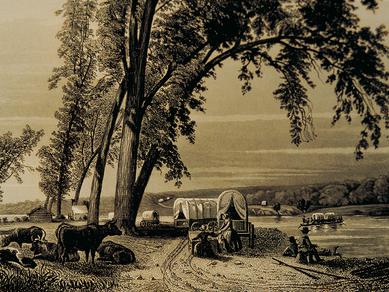 Examine major events of migration that took place between 1805 and 1869 in what is now the western United States of America. 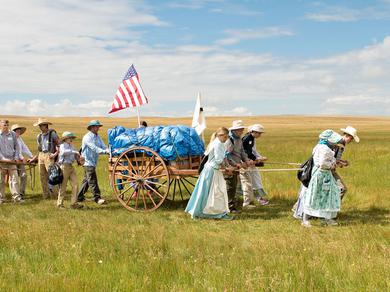 The Mormon Handcart Historic Sites provide a unique, dedicated setting for visitors and trekkers to come unto Christ. 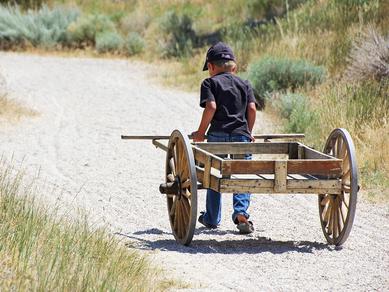 What to Expect When You Visit the Wyoming Historic Sites

Find information that can help you plan a visit to Martin’s Cove, Sixth Crossing, and Rock Creek Hollow.