What to Expect When You Visit the Joseph Smith Birthplace Memorial

Joseph Smith was the fifth of 11 children born to Lucy Mack Smith and Joseph Smith Sr. They lived on the Solomon Mack farm for three years while they worked to overcome previous financial setbacks. Eventually, Joseph Smith Sr. sought work in New York, and the family established a farm in Manchester, New York, near the village of Palmyra. On that farm, Joseph experienced his First Vision, in which God the Father and Jesus Christ visited him. This and other spiritual manifestations led to the publishing of the Book of Mormon and the establishment of The Church of Jesus Christ of Latter-day Saints. 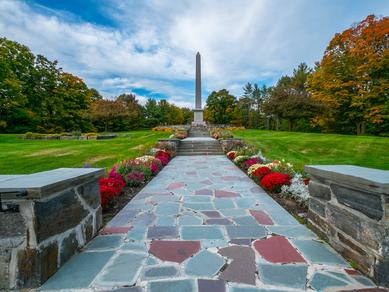 Gain insights about Joseph Smith’s heritage of faith, dedication, and sacrifice as you learn about his family and his birthplace.

Follow the efforts of historian Junius Wells, who helped erect a monument in 1905 to commemorate the centennial of Joseph Smith’s birth. 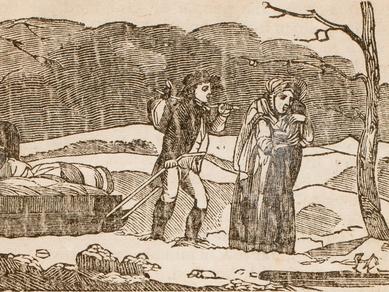 Early Struggles of the Smith Family

Feel the strength of the Smith family’s faith in God and their love for one another as you read how they responded to adversity in their lives. 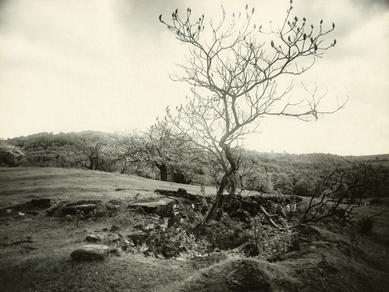 Examine this overview of the lives of Joseph Smith Sr. and Lucy Mack Smith, from their childhood years to the time they moved with their own children to Palmyra, New York. 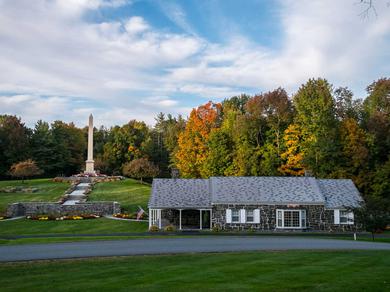 What to Expect When You Visit the Joseph Smith Birthplace Memorial

Find information to help you plan a visit to this historic site.